The shield design was modified to accommodate the Spark Core. It can still be used with an Arduino Uno by simply using jumper wires in the Spark Core socket to connect to the Arduino control pins. Design files are on the Aspect Github repository under ‘Shield’.

As before, then shield prototype was fabricated on a Shopbot with an engraving bit using a layout generated in Kicad. A jig was created for PCB milling using MDF. A shallow pocket (0.040″) was milled to ensure the PCB (mounted with double-side tape) was truly perpendicular the the Shopbot Z-axis.
A 5 mil engraving bit was used to route around the PCB traces (separating them from the ground plane). The routing opening widths were increased which made soldering and hand clean-up of traces much, much easier than in the last prototype 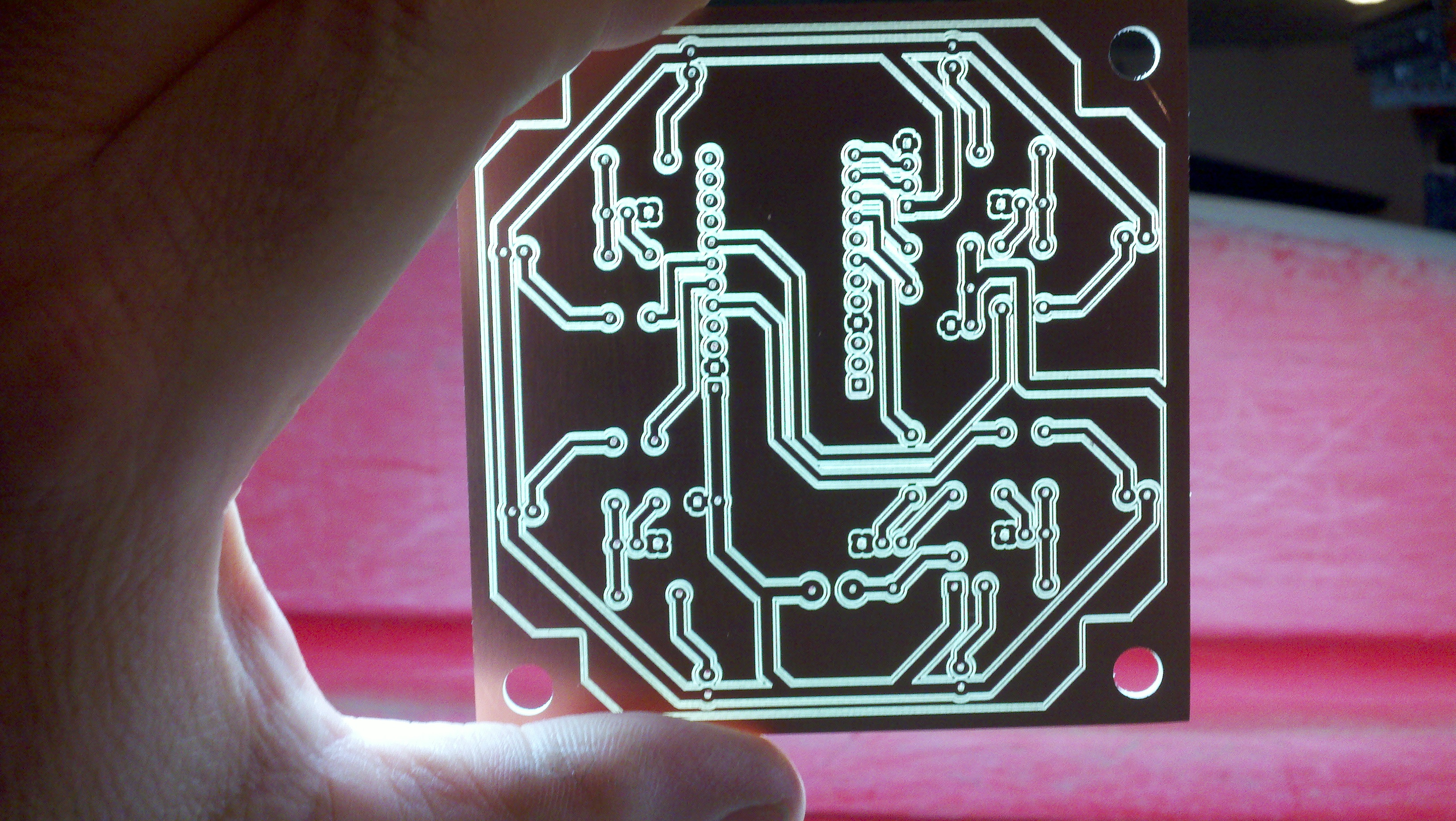 As before, this is a single-sided board with components mounted on the non-copper side of the board. One important layout change was associating pairs of LEDs with a corner rather than a side. This was a nicer look and actually simplified the layout.
Here is the first board being assembled: 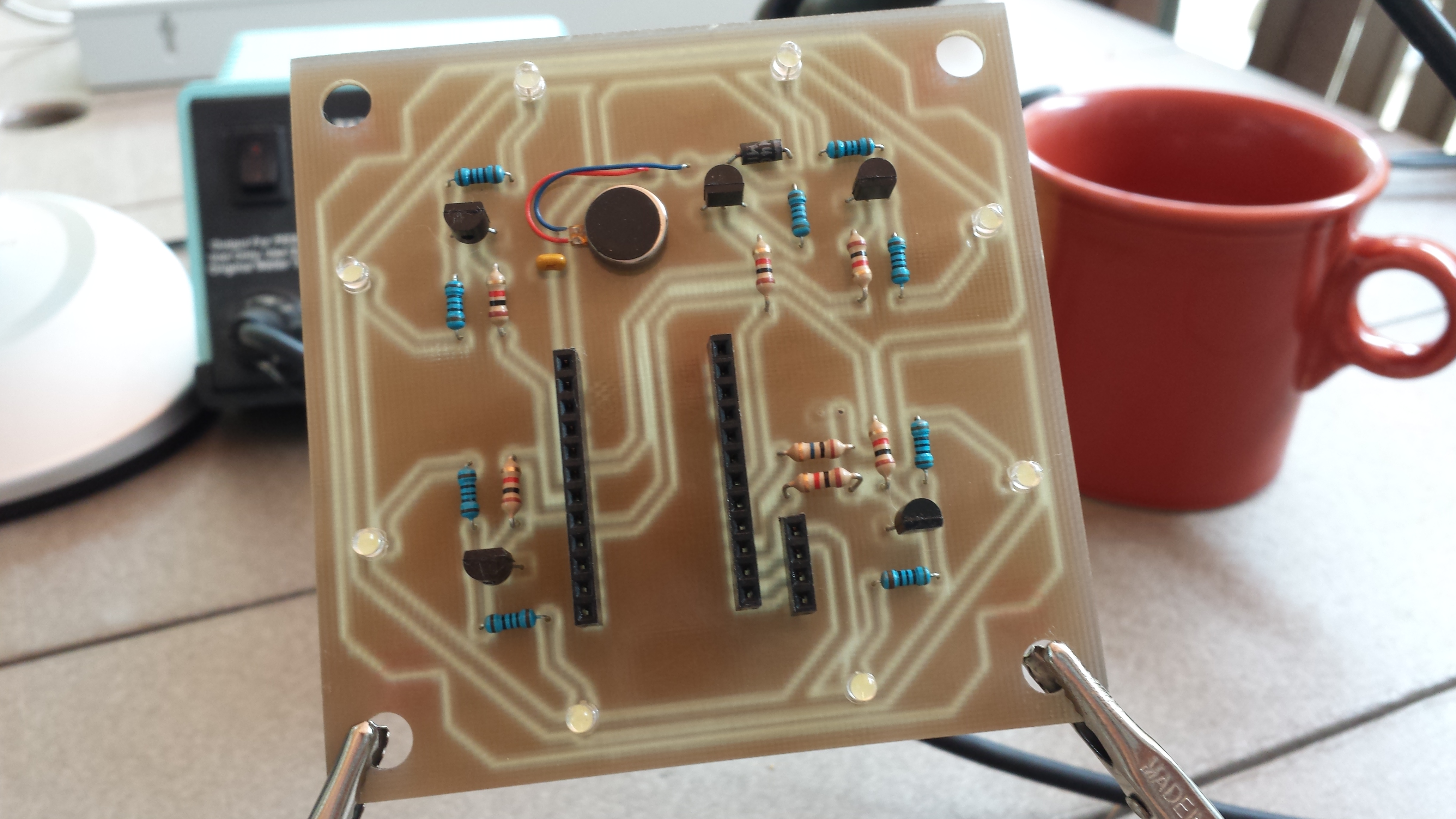 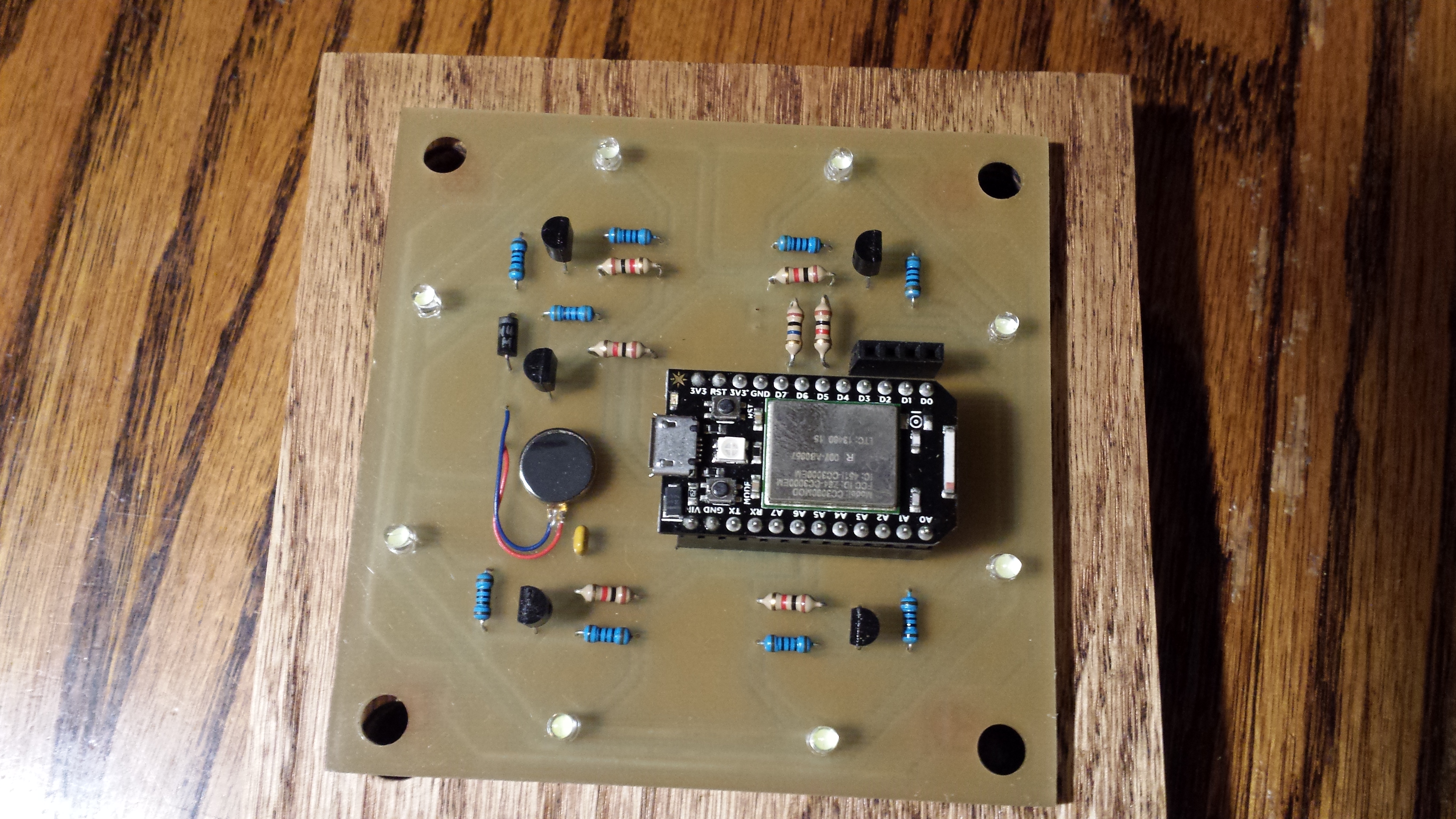 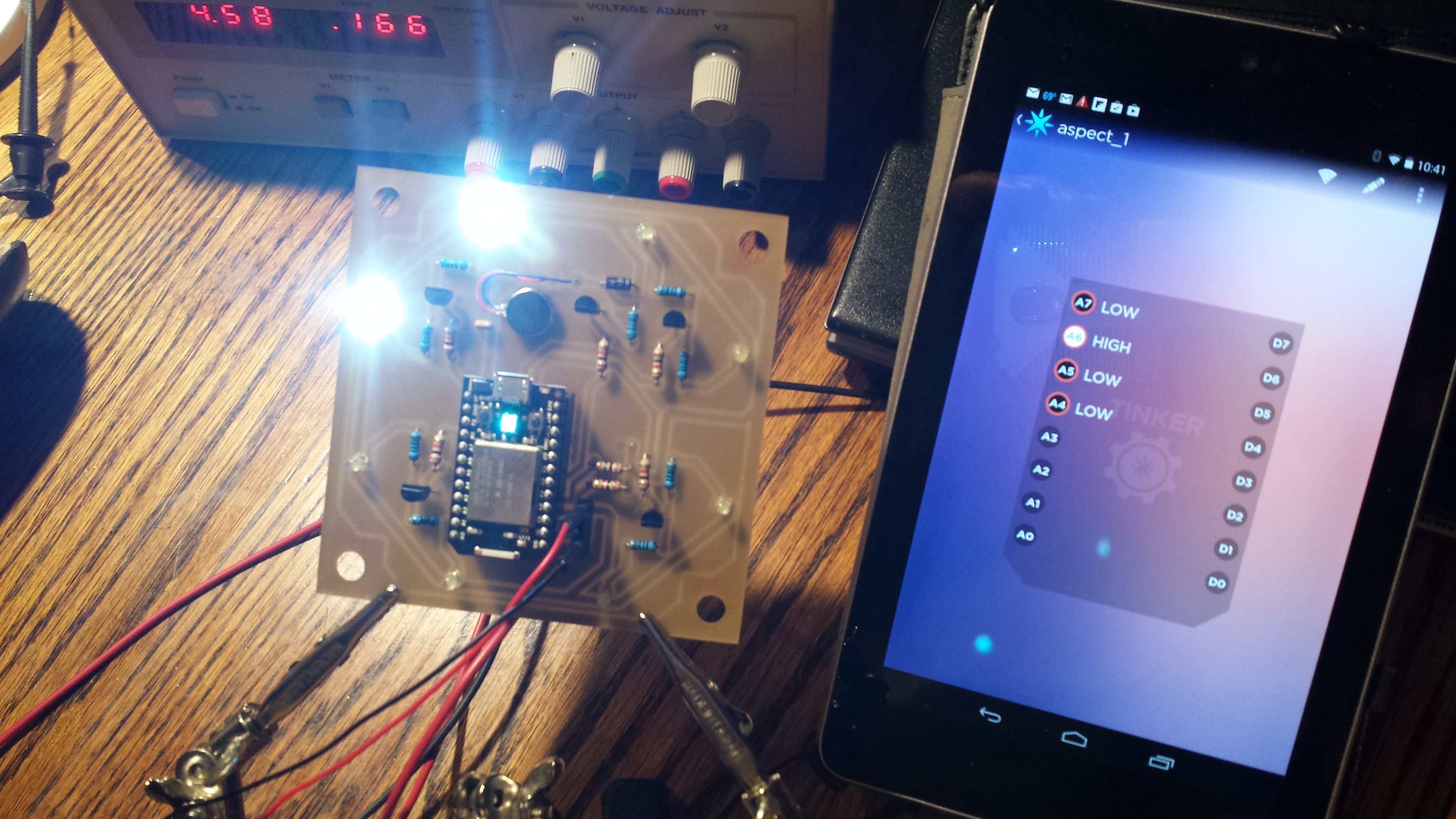 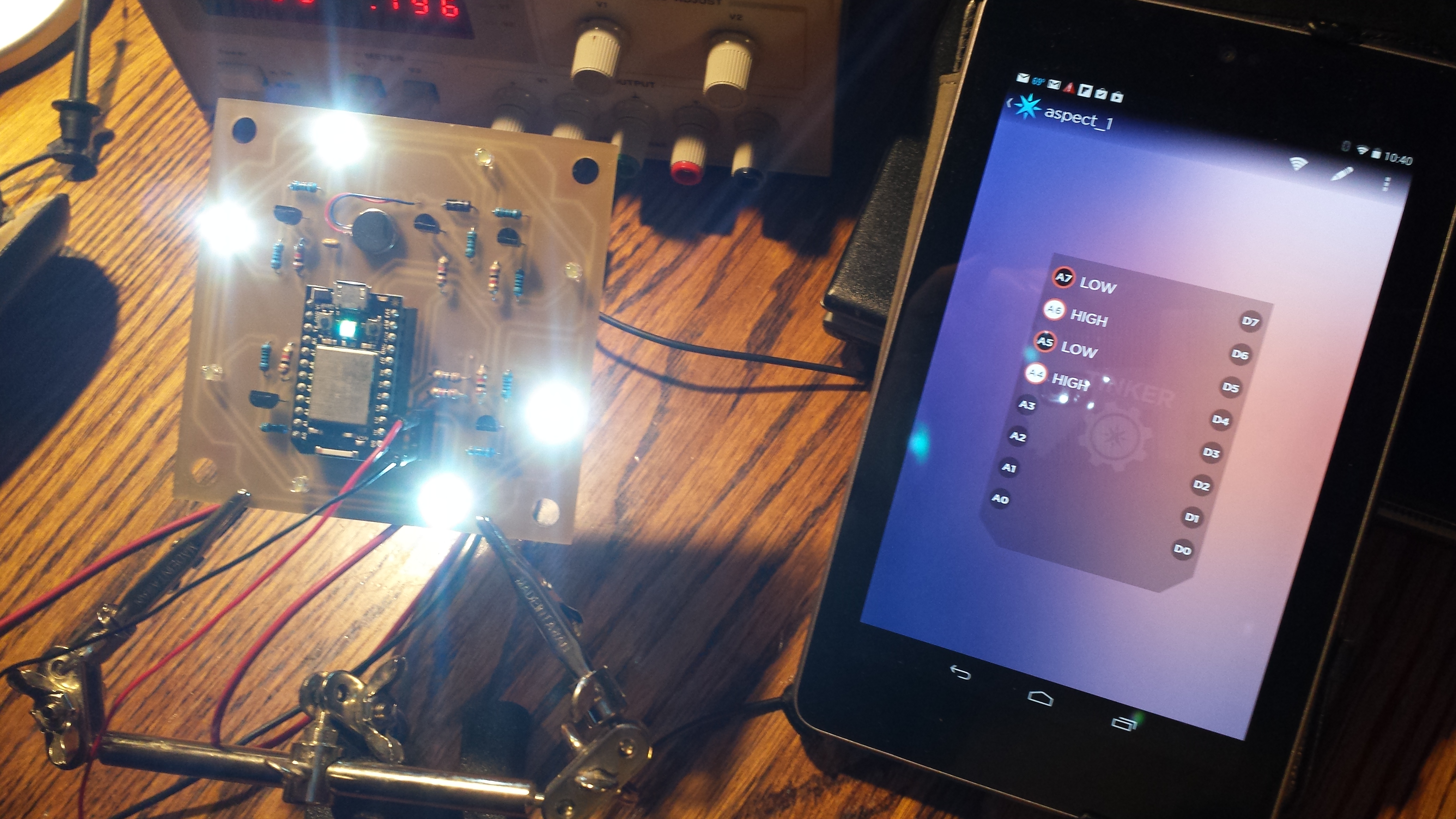 The Spark Core has a handy mobile app called Tinker that let’s you control pins from your smartphone without writing any code. This was very useful for debugging the assembly (LEDs and vibration motor). 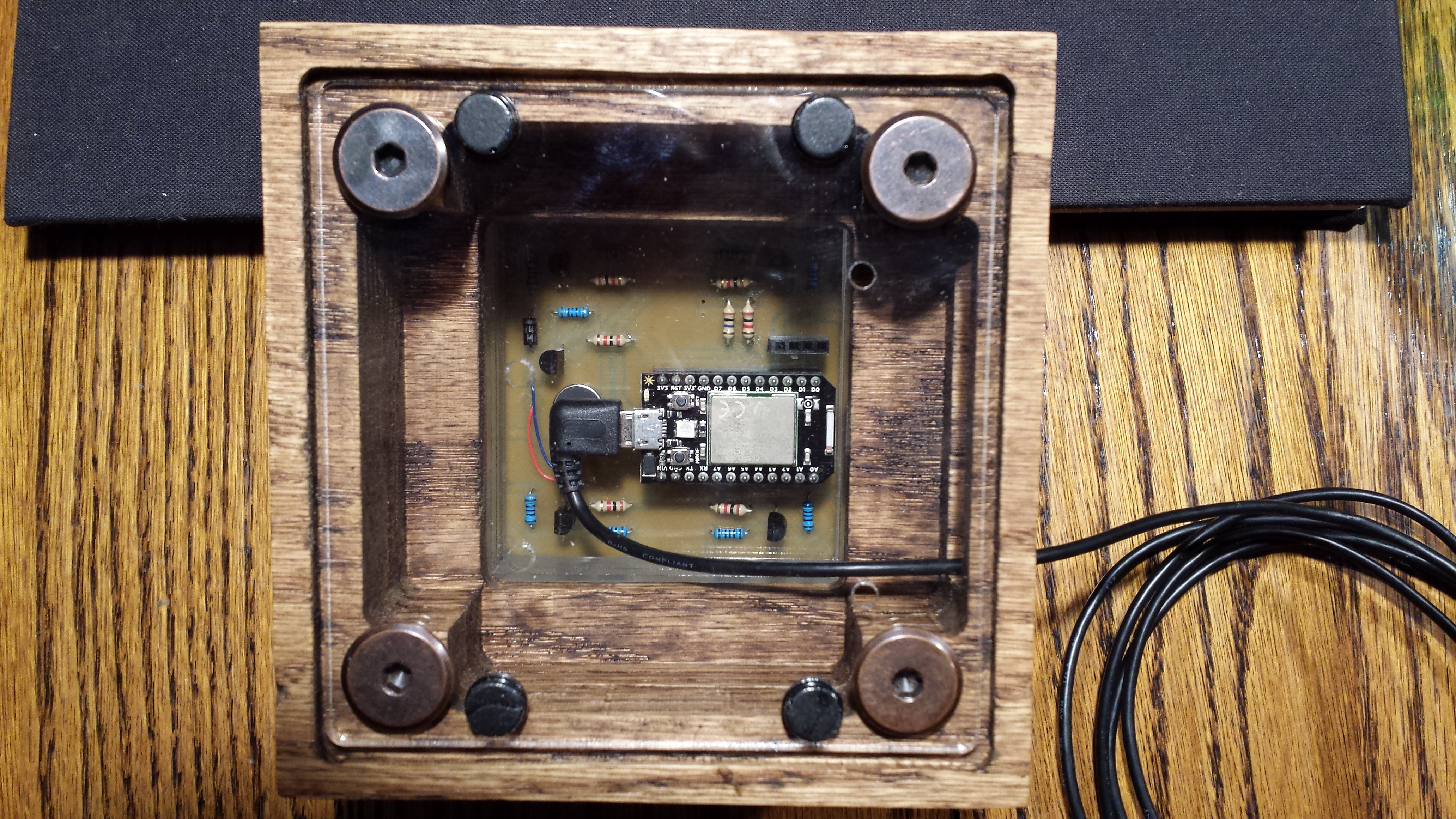 The board design incorporates connection of the touch sensor line to the connecting bolt, eliminating the need for wiring. A right angle USB connector (6′ length) provides both power and a serial port when debugging. A cable clamp can be attached using the bottom plate mounting holes for cable stress relief. 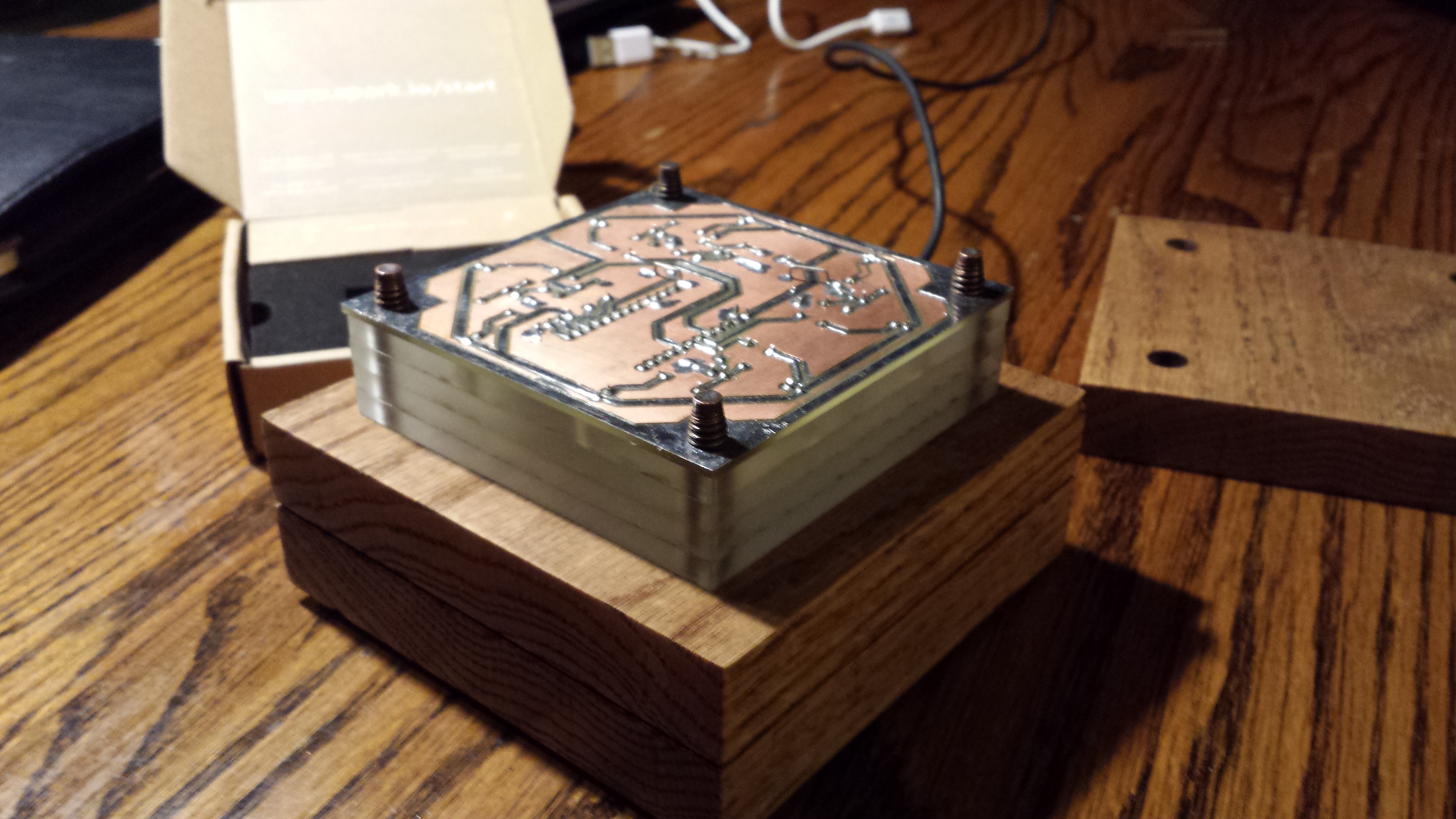 Here’s the entire enclosure stack just before adding the cap.

The standard Arduino Capacitive Sense library has not been ported to the Spark Core platform, so custom touch sensor code needed to be created. The code used the interupts on the Spark platform to sense the arrival time of a pulse (which is dependent on capacitive loading under touch conditions). Details on the touch sense code can be found here.

Two projects were created using this prototype to demonstrate the capabilities of the platform: