This open-source building system provides a case/shell for Arduino-based and lighting projects. It consists of modular outer blocks and inner frames that can be combined in many different configurations which may be customized for a particular project. The specification of a modular design ensures the pieces from different sources can work together.

This building system is intended to give Makers a project enclosure that fuses ancient (e.g. Egytian, Mayan) and modern (Frank Lloyd Wright) styles in materials like CNC-routed wood and cast concrete: enclosures with a timeless style that blend into most décor. The system employs many of the design patterns described here. 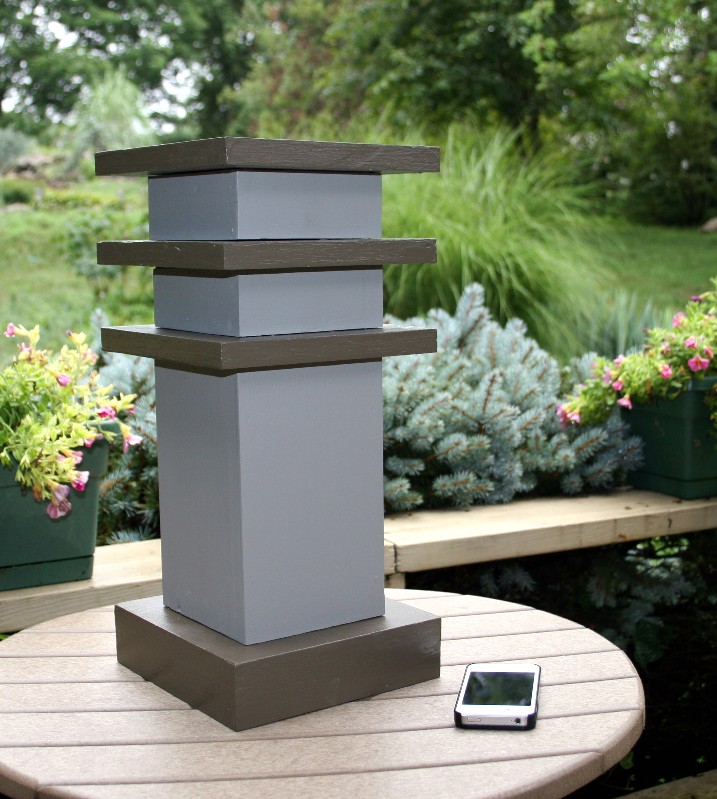 A Dimensional Study was completed to assess the overall form and sizing.

Design files are hosted at Hülle Project on Google Code

‘Hülle’ is a German word for shell/cover/case/skin/sleeve/sheath/wrapping (German to English translation). It’s a good word to describe the general idea of the project (and has an Ikea-esque feel for Americans). The double L is also a bit of a homage to Frank Lloyd Wright, a major stylistic influence. Finally, the u-umlaut looks a bit like a smiling face. OK, overthinking this…

The logo is a Fibonacci spiral with warm colors, echoing elements of the building system. The spiral also evokes the growth of a shell!

This work is licensed under a Creative Commons Attribution-ShareAlike 3.0 Unported License